Our New Mexico divorce lawyers have an extensive and passionate background representing families going through divorce or separation. At Terry & deGraauw, P.C., each of our family law attorneys work tirelessly to create the most amicable and equitable path to marital dissolution and child custody. We have the ability to handle all aspects of your divorce.

Family law is a branch of law that covers any legal action that redefines the boundaries of a family. The most common family law issue is divorce, but the lawyers at Terry & deGraauw, P.C. have experience with all other types of family law cases including child custody and support, adoption, guardianship, and pre/post-marital agreements.

Ms. deGraauw was great to work with. Not only did she have extensive knowledge of family law and execute timely and detailed work, but she also did so with compassion and caring. The combination of both excellent skills and knowledge, combined with thoughtful caring, made the whole stressful experience of having to go to court just that much easier. I highly recommend Ms. deGraauw for your family law needs.

Jennifer deGraauw has been my attorney for close to two years. She has proven to be a tireless worker, a relentless advocate and extremely driven to succeed. Her successes in my case have helped me get thru a most difficult time. She has been a calming force and a voice of reason when I thought things were untenable. Jennifer has also helped me keep things in perspective, truly a difficult task when dealing with such personal issues.

As a single-father, involved in a highly contested case, I cannot express how grateful I am to Jennifer. Without her, I would have never gained custody of my son, and would have lost precious time and memories with him. Jennifer is completely dedicated and passionate to her client’s case. At other times, my case has been emotionally charged, and she has a way to re-focus me. Jennifer is ALWAYS prepared, and will know the details of your case better than you will. Her courtroom presence is compelling, and her delivery is eloquent. She’s always been there for me, and I consider her more than just my attorney, but a caring friend.

Having experienced one of the most difficult divorces imaginable, Kathryn Terry earned my trust by providing well-grounded, fair, and professional guidance to help me through the turbulence. Kathryn’s outstanding ability to represent my interests and her full commitment to my case resulted in the most favorable custody solution for my son. I credit Kathryn for the stability I now enjoy with my son and the amazing strides I have made as a single-dad. Kathryn’s personal attention was both friendly and supportive and I would offer my strongest recommendation to anyone requiring all levels of legal support, mediation, or litigation.

Here to Serve You 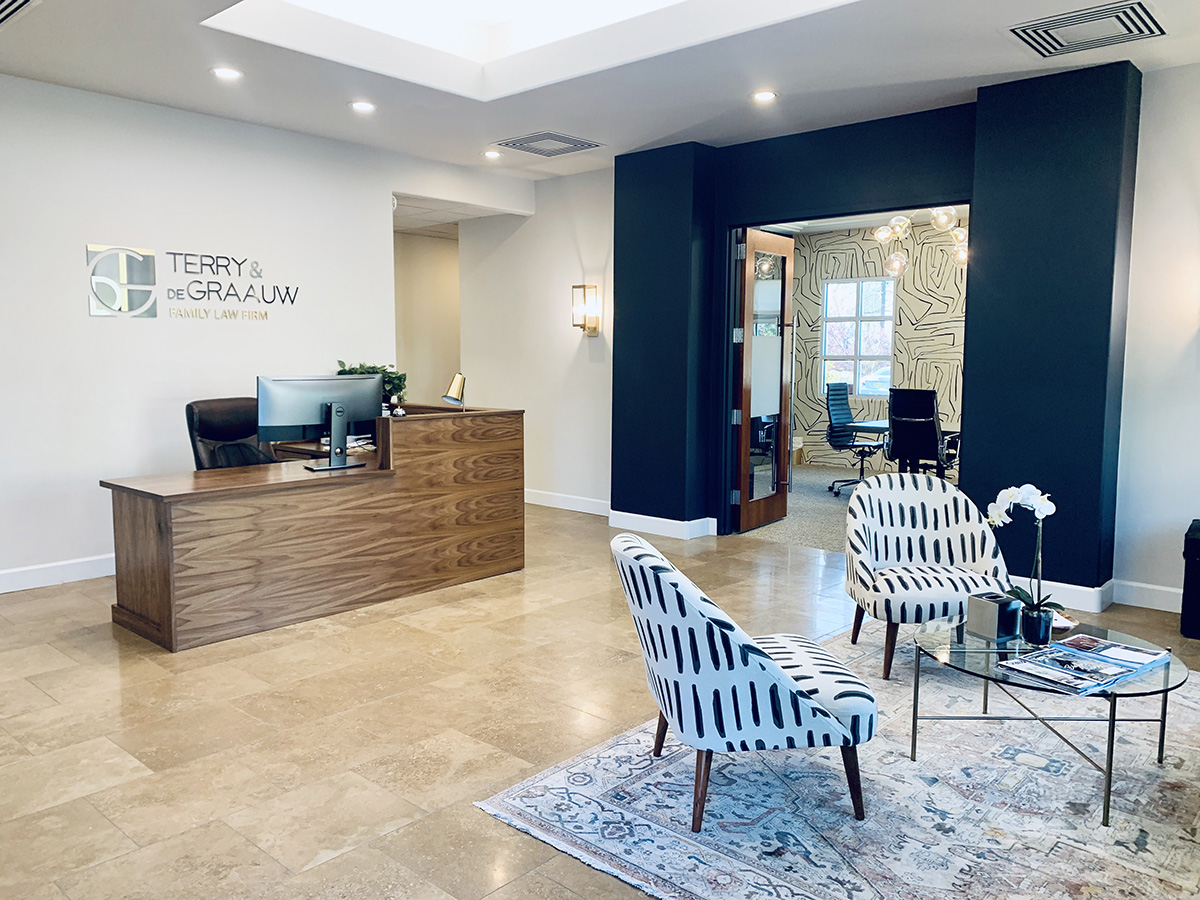 Find out more about divorce, custody and property division law in Albuquerque, New Mexico by calling 505-206-5044 to schedule a consultation. 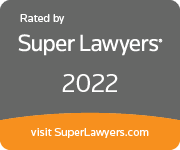 Find out more about divorce, custody and property division law in Albuquerque, New Mexico by calling (505) 206-5044 to schedule a consultation.
MAKE A PAYMENT 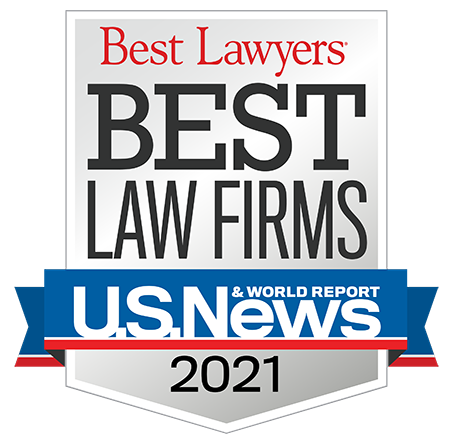 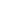 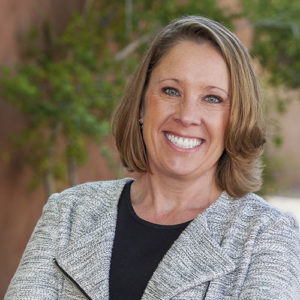 Kathryn Terry practices family law with a passion for the welfare of children.  Although she has handled all types of family law cases, Kathryn is at her best when she is giving a voice to children – making sure their best interests are fully considered during family law proceedings. She does this not only through representation of parents in contested custody cases, but in her role as Guardian ad Litem, where she is appointed to be the child’s attorney. She has been appointed in Bernalillo, Sandoval, Valencia, and Doña Ana Counties in high conflict custody cases. In addition to high conflict custody cases, Kathryn represents children in abuse and neglect proceedings.

Kathryn’s broad family law practice includes cases involving complex property division, custody, child support, spousal support, guardianship, and adoption. She has been appointed to serve as Settlement Facilitator in a variety of cases.  Kathryn is an adjunct professor at the University of New Mexico School of Law where she teaches Community Property.  Kathryn was recognized by the New Mexico Board of Legal Specialization as a Certified Specialist in Family Law through 2017 when the board was discontinued. Kathryn is licensed to practice in both district and federal courts in New Mexico.

In addition to her family and children’s law work, Kathryn is leading a charge to improve the Children’s Court system. In 2008 she was named to the Children’s Court Rules Committee by the New Mexico Supreme Court and in January 2013, accepted the Court’s appointment as Chair of the Committee, which was a two-year term. She served on the board of the Children’s Law Section of the New Mexico State Bar for eight years.  She also served on the boards of Healing Addiction in our Community, a non-profit organization educating youth about the dangers of opiate addiction and developing the first youth-oriented transitional living center in New Mexico, and Pegasus Legal Services for Children. Kathryn mentors new law school graduates through the State Bar Bridge the Gap program.

In 2013 Kathryn received the Forty Under Forty award, highlighting professionals under forty years of age who make significant contributions to their community.  In 2014, 2015, 2016, 2017 and 2018, Kathryn was awarded the Super Lawyers Rising Star Award.  Kathryn takes great pride in her work and strives to give back to her community. 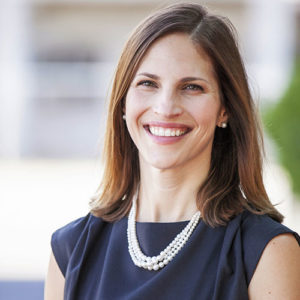 Jennifer deGraauw is an Albuquerque Family Law attorney. She represents a range of individuals with family law issues involving complex property division, child custody, business valuations, support, and asset tracing. Her attention to detail and thoroughness is what her clients appreciate most about her representation.

Jennifer received the “Top Three Family Law Attorney” award by the Albuquerque Journal in 2018 and 2019.  Jennifer was named a SuperLawyers “Rising Star” in 2017. She received the SuperLawyers distinction in 2019 and 2020. She earned Best Lawyers in America for Family Law for 2020 and was named “Attorney of Year” for 2021 in Family Law Mediation and Collaborative Divorce.

While Jennifer has extensive trial and litigation experience, she is also a skilled negotiator and trained collaborative law practitioner. She is a Past-President of the New Mexico Collaborative Practice Group.  She previously served as a board member of the Albuquerque Bar Association and State Family Law Section board. Ms. deGraauw has lectured at continuing legal education courses for attorneys in the areas of child support, paternity, spousal support, business valuations, and complex property division. 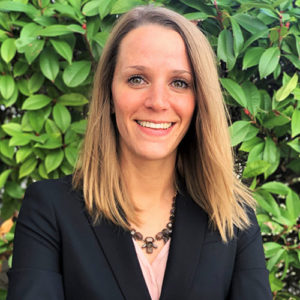 Kristin M. Bradford is an associate attorney with Terry & deGraauw, P.C. She graduated from the University of New Mexico School of Law in 2015 and is licensed in the State of New Mexico.  Kristin’s practice is focused on family law, including divorce, child custody and support, property division, spousal support, division of retirement funds, prenuptial and postnuptial agreements, cohabitation agreements, and serving as a mediator and settlement facilitator for cooperative parties.  In addition, Kristin represents children as a Guardian ad Litem in private domestic relations matters, guardianship matters, and abuse and neglect proceedings.

A native of Michigan, Kristin graduated from Ferris State University in 2010, earning her B.A., and A.S.S., in Business Administration and Legal Studies, with honors. Before attending law school, Kristin relocated to New Mexico in 2010 and began working as a family law paralegal for Jennifer deGraauw. Kristin continued to focus on family law during her studies at UNM School of Law, which included clerking for the Honorable Elizabeth E. Whitefield in the Family Court Division of the Second Judicial District Court in Bernalillo County, serving as the law student liaison for the Peter H. Johnstone Pro Bono Family Law Day each year, and completing eighty hours of training for mediation.  She also worked as a contract negotiator with Sandia National Laboratories and as a law clerk at Terry & deGraauw P.C. throughout law school to continue her pursuit of practicing family law in New Mexico.

While in law school, Kristin received the Atkinson & Kelsey Excellence in Family Law Award.  Kristin recently received the 2021 Ones to Watch award in the focus area of Family Law from Best Lawyers.  Kristin is a member of the American and New Mexico Family Law Bar Associations and the New Mexico Children’s Law Bar Association.  In her private time Kristin enjoys hiking, baking, volunteering for Animal Humane of New Mexico, and spoiling her rescue pup, Valentino.

Kristin is a passionate advocate for her clients who brings in depth knowledge and experience from the firm’s team approach to the settlement table. Kristin values the focused preparation and proposal of unique solutions for each individual case and client. 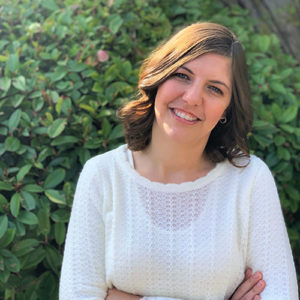 Alicia L. Hohl is an associate attorney with Terry & deGraauw, P.C.  She graduated from the University of New Mexico School of Law in 2015 and is licensed in the State of New Mexico.  Alicia’s practice is focused on family law, including divorce, child custody and support, property division, spousal support, division of retirement funds, prenuptial and postnuptial agreements, cohabitation agreements, kinship guardianship and serving as a neutral mediator.  In addition, Alicia represents children as a Guardian ad Litem in private domestic relations matters and guardianship matters, and she has also practiced in public benefits, consumer, unemployment law and landlord tenant law.

Alicia graduated from the University of New Mexico in 2010, earning her B.A. in Psychology and Communication.  Alicia continued to focus on family law during her studies at UNM School of Law.  She assisted clients at the Law Practice Clinic with domestic relations and immigration issues, and she completed eighty hours of training for mediation.  Alicia has been dedicated to helping New Mexican families through her legal practice, and has also worked for the Children, Youth and Families Department as well as Law Access New Mexico.  In Alicia’s private time, she enjoys reading, spending time with her kids, hiking, and traveling to new and exciting places.

Alicia is a passionate advocate for her clients and values reaching amicable resolutions by bringing in-depth knowledge and creative solutions to negotiations.  Alicia utilizes the firm’s team approach to keep clients informed of their cases at all times and proposes unique and tailored solutions to reach the best possible outcome for each of her clients.

Emily Powers is an associate attorney with Terry & deGraauw, P.C. practicing in a wide array of family matters. She has been licensed in the State of New Mexico since graduating from the University of New Mexico School of Law. Emily enjoys representing adults and children in adoptions, kinship guardianships, divorce, paternity, child support and custody, spousal support, community property issues, pre- and post-nuptial agreements, retirement planning, and even estate planning and name changes. Emily has hundreds of hours of experience in mediation, litigation, negotiation, investigation, and drafting of legal documents. It is her primary goal to provide effective representation that works in the best interests of each individual family.

Emily is a native New Mexican with deep roots. She also spent many years in Arizona, where she earned her undergraduate degree from the University of Arizona and clerked for two family law judges in Maricopa County during law school. While in Arizona, Emily also tutored high school students on track to attend college, focusing their class time on history, literature, and math. During law school, she earned two mediation certificates at the UNM School of Law, participated in Children’s Court Adoption Day, interned for a non-profit Guardian ad Litem firm, provided free and reduced-cost representation to teens and vulnerable adults, and was awarded the Excellence in Family Advocacy Law award by the faculty of the law school. Emily is a member of many professional associations, including the Hispanic Bar association, the Family Law section, and the Real Property, Trust & Estate section.

Outside of the practice of law, Emily enjoys spending time with her husband and daughter in the beauty of the high desert, listening to her grandfather’s Bourget Brothers music, crocheting, and hosting game nights with family and friends.